PERSPECTIVE is a range of 3D tiles for indoor or outdoor wall covering, in 3 different models. Thanks to the colour used on different parts of the tile, the observer will have different aesthetic perceptions as he/she moves through space. The project stems from a reflection on the relationship between space (public or private) and its users.
Material: concrete.

This project establishes a relationship between the architectural places of the contemporary city and the perception of each individual. Therefore it originates a dialogue amongst the single man and the context, which is made of a variable language and enhances the physical differences of both places and people. A game of prospective that allows to catch different realities from different angles. as if by magic, elements that from there seem totally disharmonic, just two steps further blend themselves together in a flawless equilibrium, giving the perception of the movement as mutation, which is life. A profound lesson that we, inspired by the idea of constant movement innate in the shimmering colours and by the three-dimensionality of the work by Ponti in Sorrento, put into effect through the designing and the prototype of three-dimensional cement tiles (made in Italcementi “Rocca Bianca”) in three samples – Riviera, Reverso and Rondine. 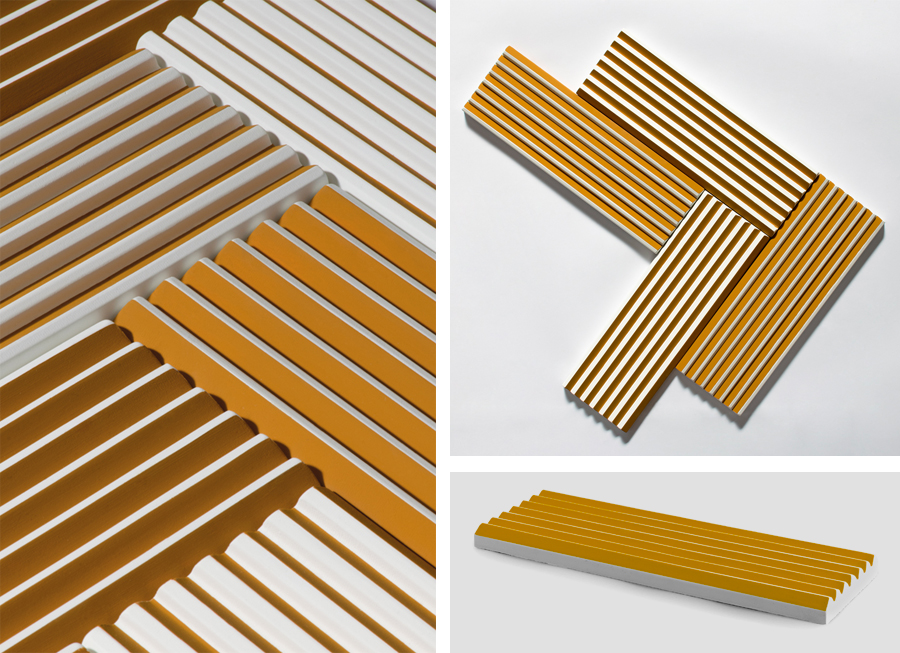